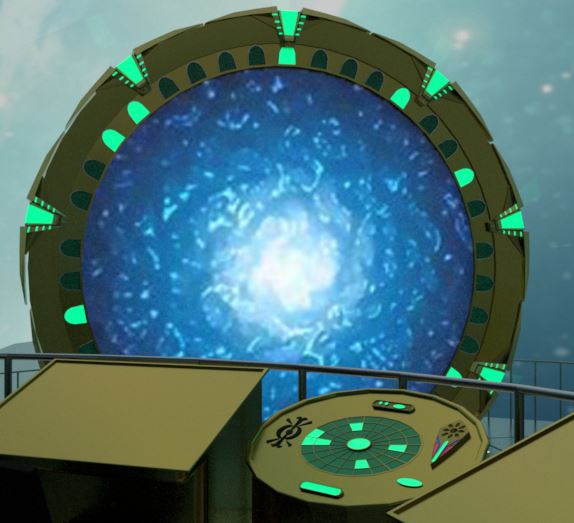 It’s been five years since the Lucian Alliance tried to bomb the Pentagon, and the secret intergalactic war is still raging. Kate Darlington, a protégé of Radek Zelenka, finds a gate address that she believes will lead them to new allies in the fight – the Furlings.

Denied funding by the IOA, she gathers an expedition force in secret and they arrive on a ship of unknown design in a far distant galaxy. When their military leader goes missing, they realise they are not alone. Will the Furlings be the allies the Humans need? Or are they facing their own crisis that will end the mission before it even begins?

Join these two crews as they come together to save each other, and hopefully save the future of both species. In a race through space, battling enemies they know and some they would never expect, it’s time once more… to step through the Stargate!

In addition to these teasers, I have synopses for the whole first season, a story arc that would cover at least six seasons, and other scripts in the process of being drafted!

Disclaimer: This is fan fiction and I am not making any money from it. Although I hope that will change!

While I don’t own the rights to the content used in other series, I withold all rights to the original stories, characters, technology, locations and content that I have created. If you wish to use any of this material, please contact me first to request permission. Thank you!